I’ve been writing a lot lately about recipes I’ve tried from my Bouchon Bakery book. What can I say? – I love this book so much! But as I’ve warned before, the recipes in it are generally not the quickest to whip together. They are recipes which need some preparation (you will often require ingredients which are unlikely to be found in the common kitchen cupboard), patience and a large chunk of time. But, they are recipes which are perfect for special occasions such as Sean’s birthday!

Since Sean loves citrusy desserts, I thought the perfect choice for his birthday was a batch of lemon meringue tarts. While Bouchon’s recipes may not always be simple, the result is always well worth the effort. These lemon meringue tarts turned out perfect. I would not have changed a single thing! The tart crust was sweet and crunchy and filled with a silky, smooth lemon curd. Next, a very thin round of madeleine cake was placed on top of the curd. This cake is used to absorb any liquid from the meringue as well as provide another layer of surprise texture to the tart. Swiss meringue is then piped on top of the tarts and torched until browned – amazing! 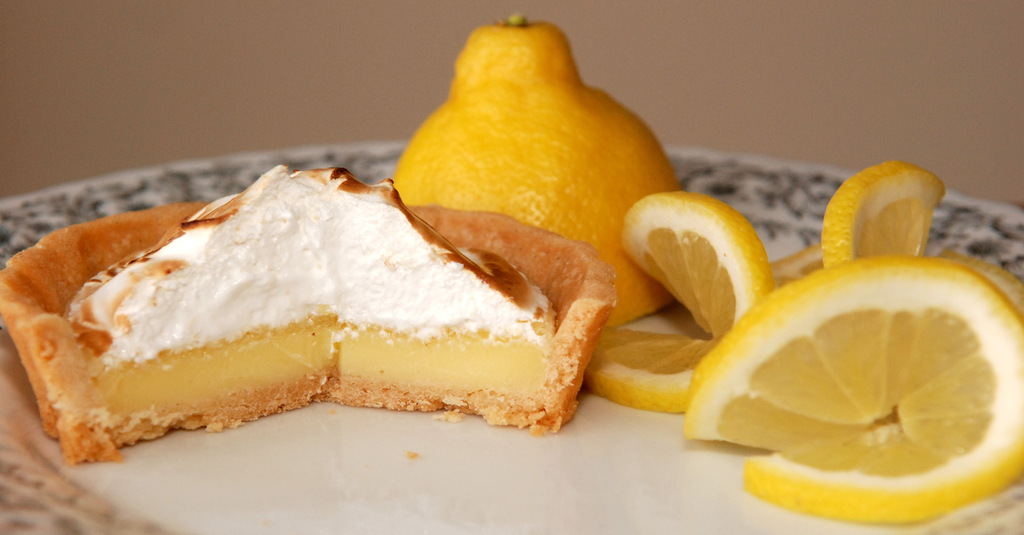 Step one was making pâte sucrée for the tart shells. Pâte sucrée is a sweet dough which is great to use with fillings that are less sweet, or tart and citrusy. The dough had to be made in advance and chilled thoroughly. Much like most other recipes I’ve tried in the Bouchon book, chilling is essential and I found myself transferring the dough to and from the fridge several times to maintain the right temperature and ensure the dough was easy to work with. 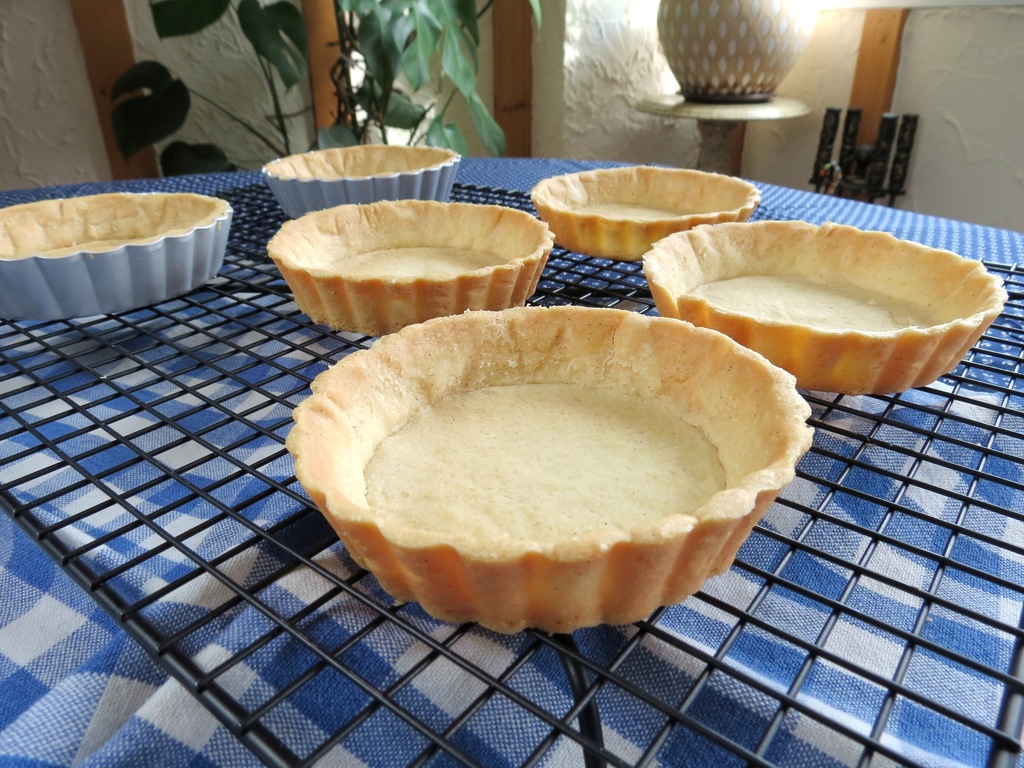 The lemon curd should also be made in advance. I used half Eureka lemons (the standard, grocery store variety) and half Meyer lemons. The choice to use Meyer lemons came partly because of their slightly different flavour and partly because they were on sale at Costco

For a twist on the classic lemon meringue tart, you could also make an orange or grapefruit curd instead. The curd turned out great and I would have gladly eaten it in spoonfuls if there had been any left after filling the tarts. To make it flawlessly smooth, I strained it several times through a fine sieve and blended in my Vitamix. The curd should be cooled before filling tarts (and you should also have your madeline cake ready before filling). 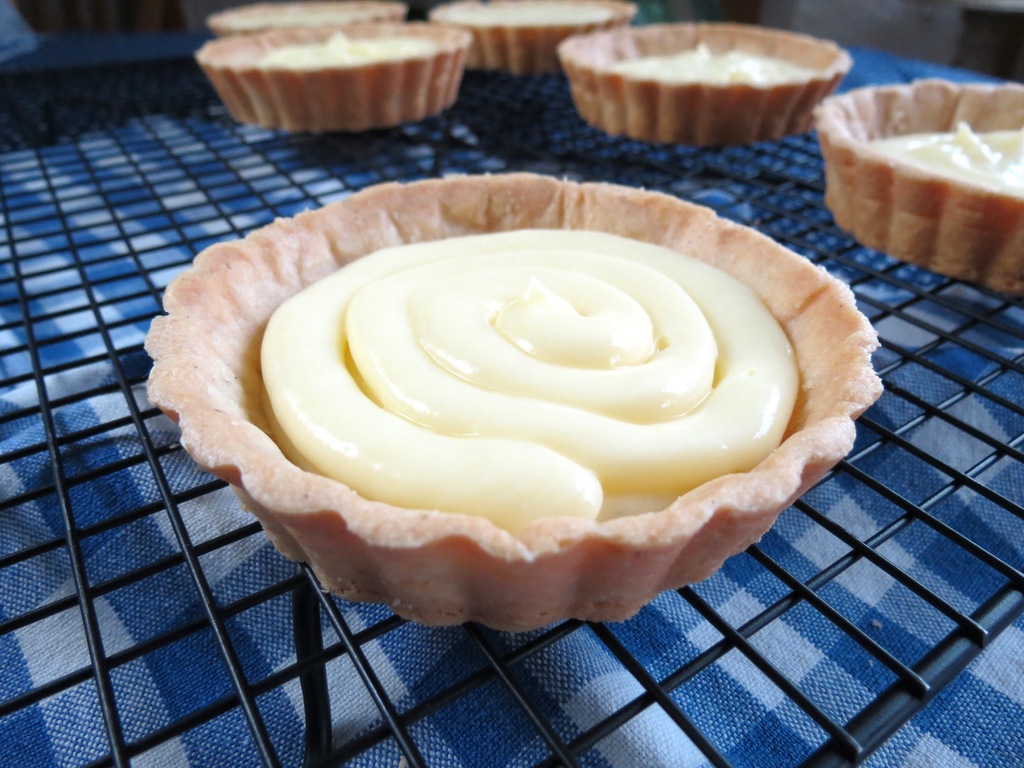 The madeleine cake has a subtle, sweet flavour. It is made by spreading the batter in a thin layer on a baking sheet and baking until cooked through but not browned. The cake layer is then frozen which makes it easier to cut into rounds. The rounds are placed directly on top of the lemon curd. 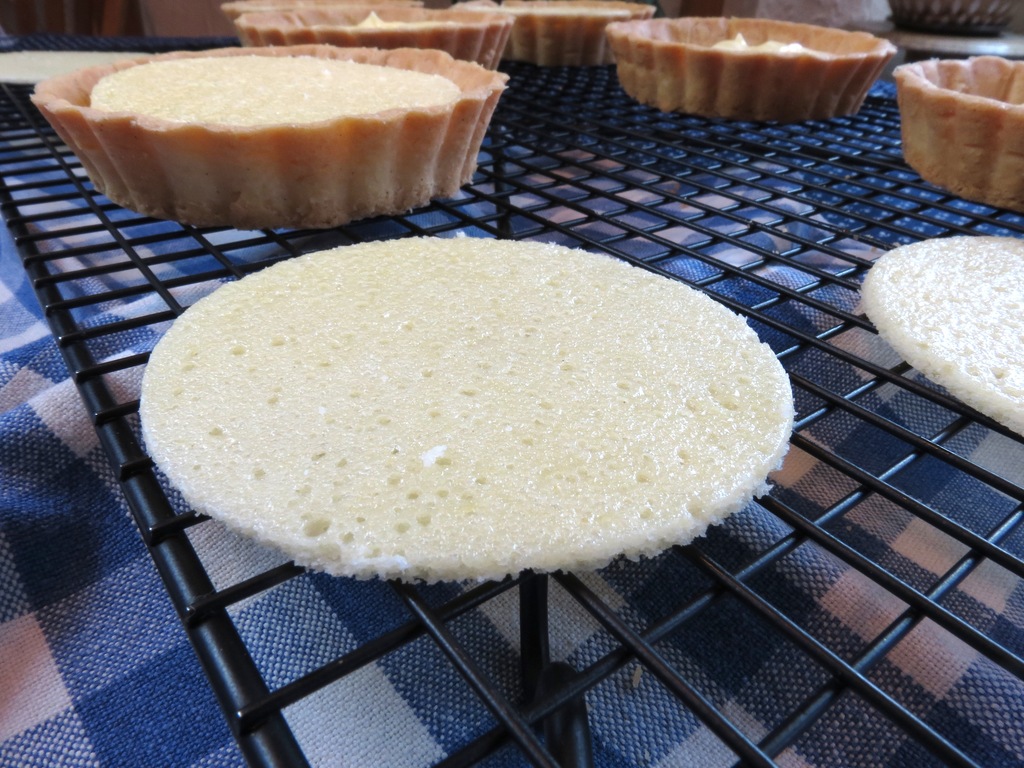 The swiss meringue is probably the easiest part of the tarts to prepare – just two ingredients: sugar and egg whites. Once stiff peaks are formed, pipe the meringue onto the tarts and use an offset spatula to make peaks and shape the meringue as desired. 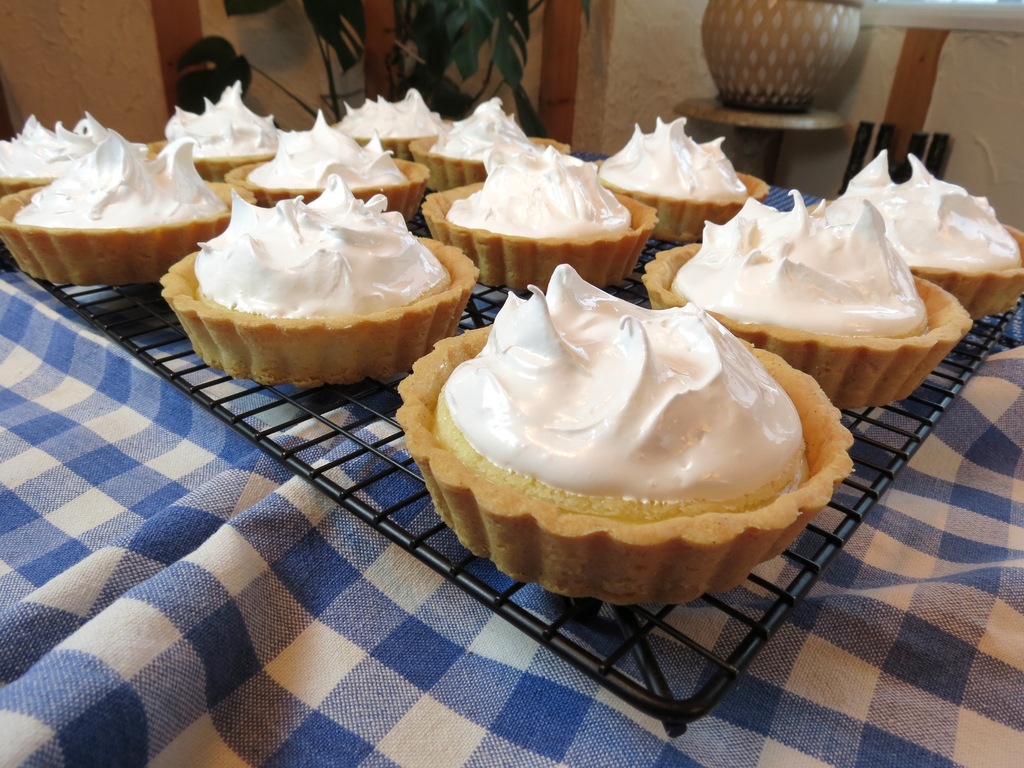 Now you can pull out your creme brûlée torch (or if you’re like me, your industrial gas torch from Home Depot) and brown the meringue. 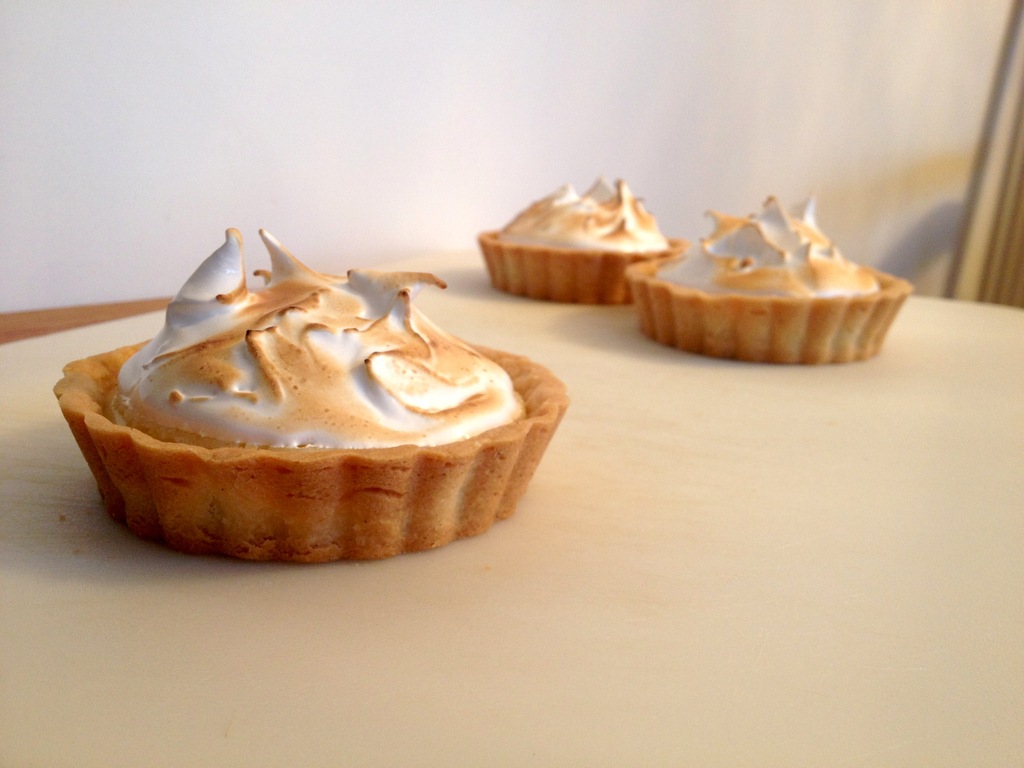 Overall, the tarts were a huge success! If you don’t have the Bouchon Bakery book, the recipe has been published here for anyone looking to give it a try. I recommend making it over a few days and chilling the dough and curd to make the process go smoothly and stress-free. Enjoy! 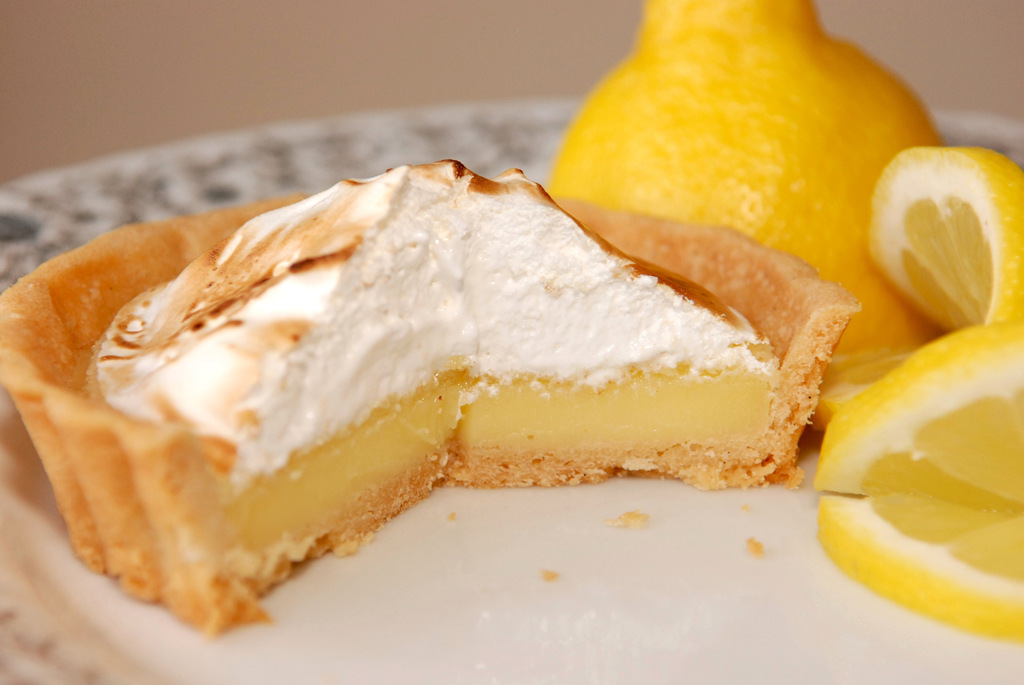