Lately I’ve been feeling that this year has been crazy for big changes. It seems like everyone around me has something big going on in their life – they’re either getting married, buying houses, changing careers or popping out babies. I guess it’s natural since most of the people I know are in their mid twenties. But sometimes I just don’t want to feel like an adult, with adult responsibilities and these expected major life changes. Sometimes all I really want to do is pencil roll down a grassy hill and blow some soap bubbles. And you know what else goes great with being a care-free kid rolling down a hill? These Shirley Temple inspired cupcakes! 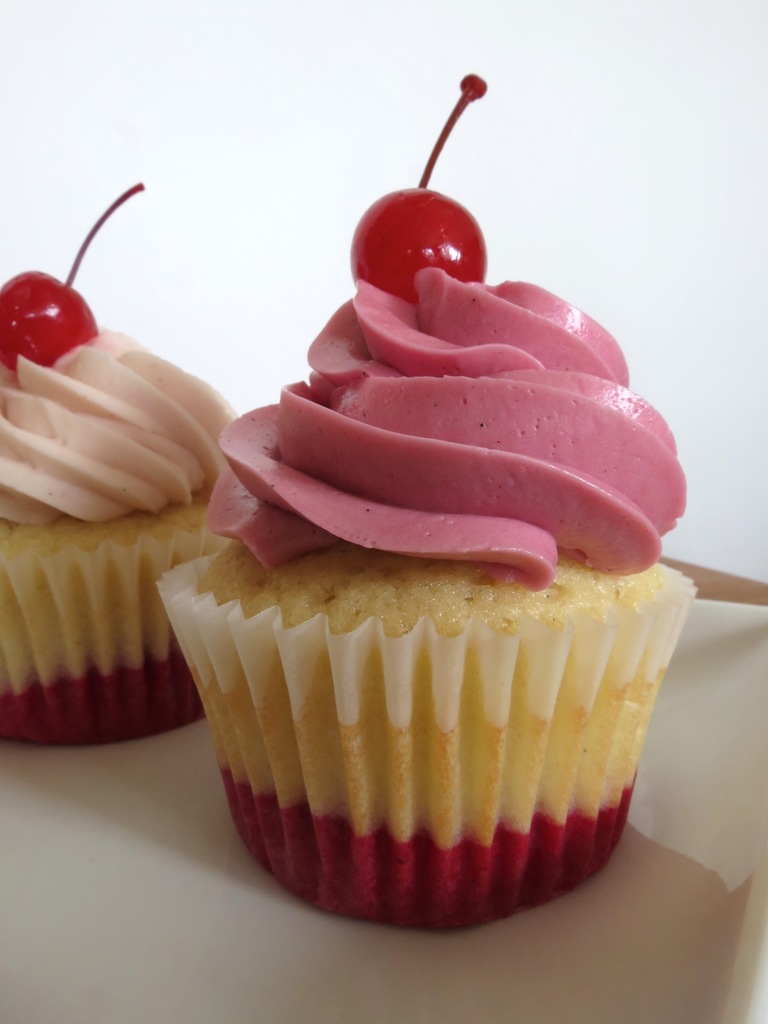 For those who might not know what a Shirley Temple is (I only discovered them as an adult and usually end up adding a little vodka to mine), they are a traditional children’s drink (when made without the vodka of course) made with either ginger ale or a citrusy soda, grenadine and topped with a maraschino cherry.

These cupcakes are made with two different batters. The yellow batter is flavoured with lemon soda, lemon extract and lime zest to mimick the 7-Up or other citrusy carbonated beverage used in a Shirley Temple. The red batter on the bottom is flavoured with grenadine. While you can easily acquire store bought grenadine, making your own is super easy and results in a much tastier, healthier product – the first two ingredients in your homemade grenadine won’t be high fructose corn syrup and red dye #40! (I’ll post the grenadine recipe I used next time.) The frosting was a swiss meringue buttercream, flavoured with cherry syrup and topped with a cherry of course.

To be honest, the cupcakes did not taste especially like Shirley Temples. However, they were super cute, would definitely satisfy your sweet tooth and would be great for a birthday party or really anytime you want to feel more like a kid!

Hope you guys like the cupcakes and if anyone is with me on escaping adulthood once in a while, we should arrange a pencil-rolling play date. I’ll bring the cupcakes! 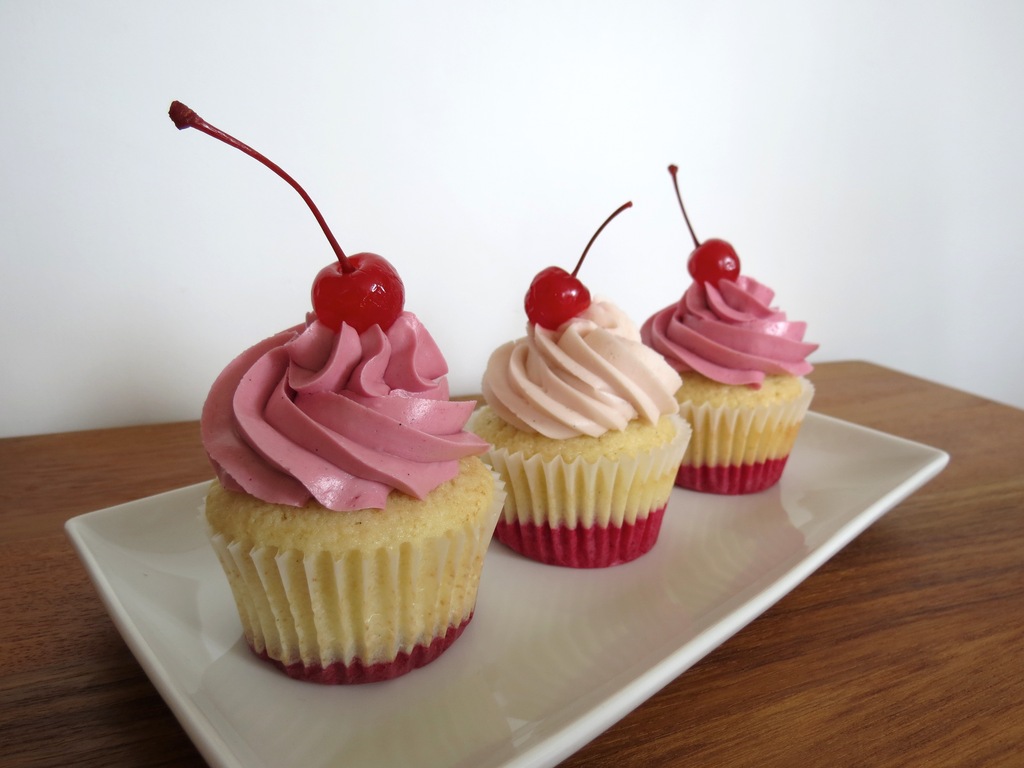 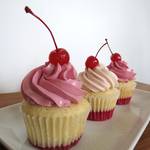 Hi friends! Lately I've been feeling that this year has been crazy for big changes. It seems like everyone around me has something …