The Beginning at Ferrandi

Thursday marked one month since we got off the plane in France. It was incredibly difficult to say goodbye to everyone I love back home, but at the same time it is exciting to start a new adventure in an incredible city. 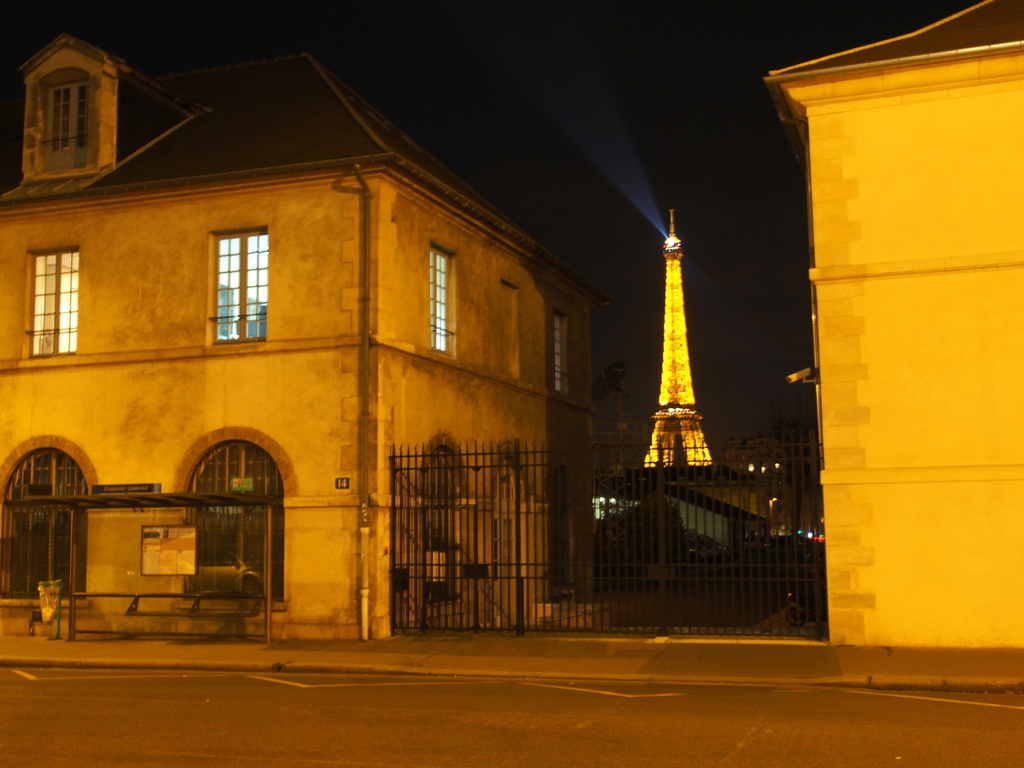 Less than a week after arriving in Paris, I started pastry school. The first few days in class were spent with orientations, kitchen tours, getting our tools and uniforms (which include a stylish hair net/bonnet as well as shoes which look like they’re from the 80′s). 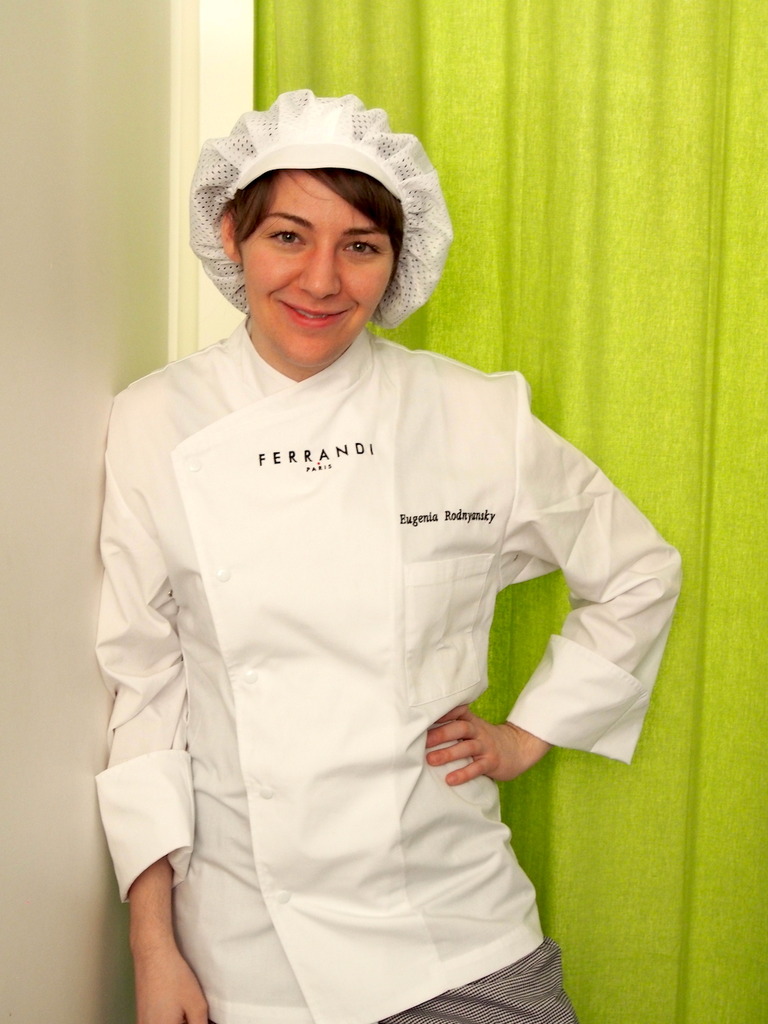 This year there are 27 international students in the Anglophone pastry program (and about the same number in the cuisine program). Each of the programs were split into two groups (Pastry Anglo A for me, with 13 other students). My classmates come from a variety of countries: the US, Canada, Taiwan, Germany, Belgium, Israel, Brazil, Kuwait and Thailand. Since the program doesn’t require any prior industry experience, I was surprised to find that a lot of the students have previous experience working in bakeries, restaurants or have previous culinary or pastry schooling – a little intimidating from someone who hasn’t really baked anywhere outside their own kitchen. Our chef is amazing – he has so much experience and knowledge, is so helpful and hilarious. I constantly find myself cracking up at his jokes.

Our days consist mostly of time in the kitchen, with hands on experience. However, we also have classes covering theory, French language, wine (with tastings and dessert pairings to come) and art classes. Our schedule varies on a daily and weekly basis. We alternate having kitchen time in the mornings at 8:00am or in the afternoons starting at 2:00pm. The other half of the day is usually filled with theory classes, French, etc. Sometimes we have half days. Lunch is served for free at the school, but is really disappointing. At first I found it really surprising that the food served at a culinary school is so terrible, but I later learned that the lunch services are subcontracted out to a third party (no Ferrandi student would make vegetables so mushy and tasteless!). Other than these subpar lunches, everything at school has been fantastic so far. I have been fascinated by everything we’ve learned and can’t remember the last time I took notes so eagerly on a topic I am so passionate about. 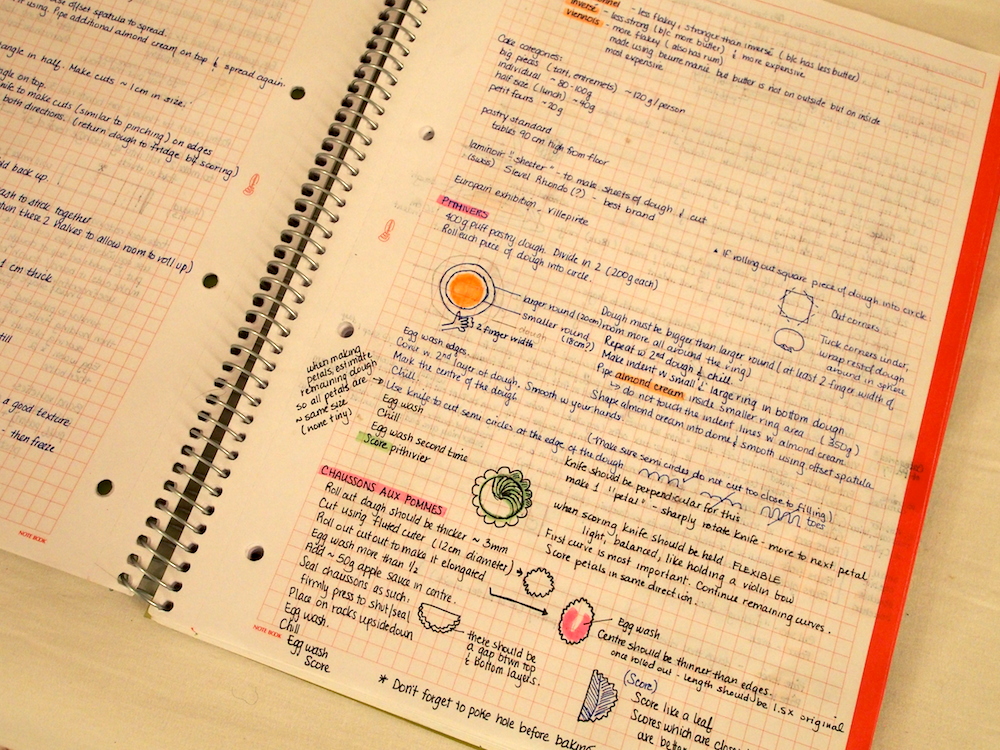 The program is called the Intensive Professional Program in French Pastry and it definitely seems intensive thus far. Most days are hectic and busy, with us often leaving the kitchens an hour later than scheduled and making it to the cafeteria with only minutes before they close. The standards for our work are high. Our work is constantly criticized and sometimes (part-seriously, part-jokingly) called “disgusting” – there is no sugar coating here, so to speak. But we’re told not to take the criticisms personally, learn from them and improve our work. It is clear why this program yields such well-trained professionals, and why the employment rate for graduates of Ferrandi is so high (97%). Despite classes being occasionally overwhelming, I absolutely love every part of it so far. I don’t remember the last time I was able to wake up each morning and go do something I’m passionate about for the entire day… over and over again. There have been a few times when I was standing in the lab, rolling out dough and I was struck with the realization of how lucky I am to be in pastry school. It’s hard to believe that had I not found the courage to take this leap, I would been dragging myself through yet another stressful, unfullfilling busy season of auditing right now. Hopefully that’s a sign that I made the right decision in coming here!

So you’re probably wondering what we’ve learned in the first few weeks of class. We started with tarts, working with pâte sucrée and pâte à foncer.

pâte à foncer - a basic shortcrust dough which has a sturdy texture, retains its shape well when baked

We worked with some traditional French recipes as well as some contemporary ones, such as the famous vanilla bean and coffee tart recipes developed by Pierre Hermé. We learned proper techniques for rolling the dough, lining the tart ring and pinching the edges. When I realized on the first day in the kitchen that all the tarts would be baked not in a tart pan but in a ring (with no bottom!) I was sure that the dough would just fall right out through the bottom. However, no major tart casualties ensued. 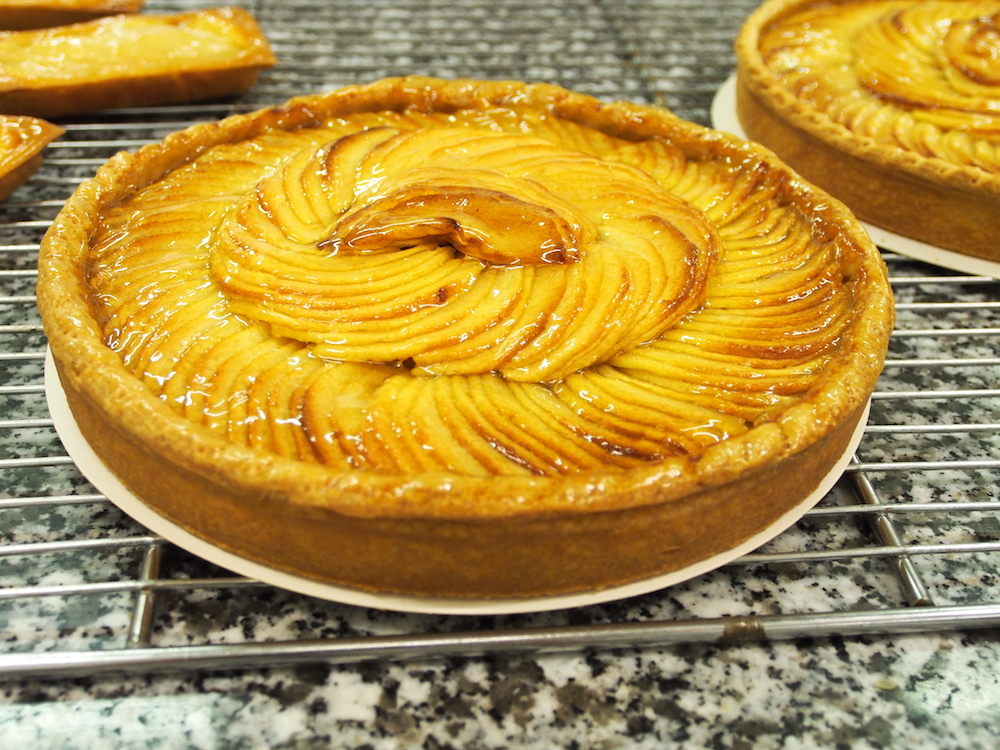 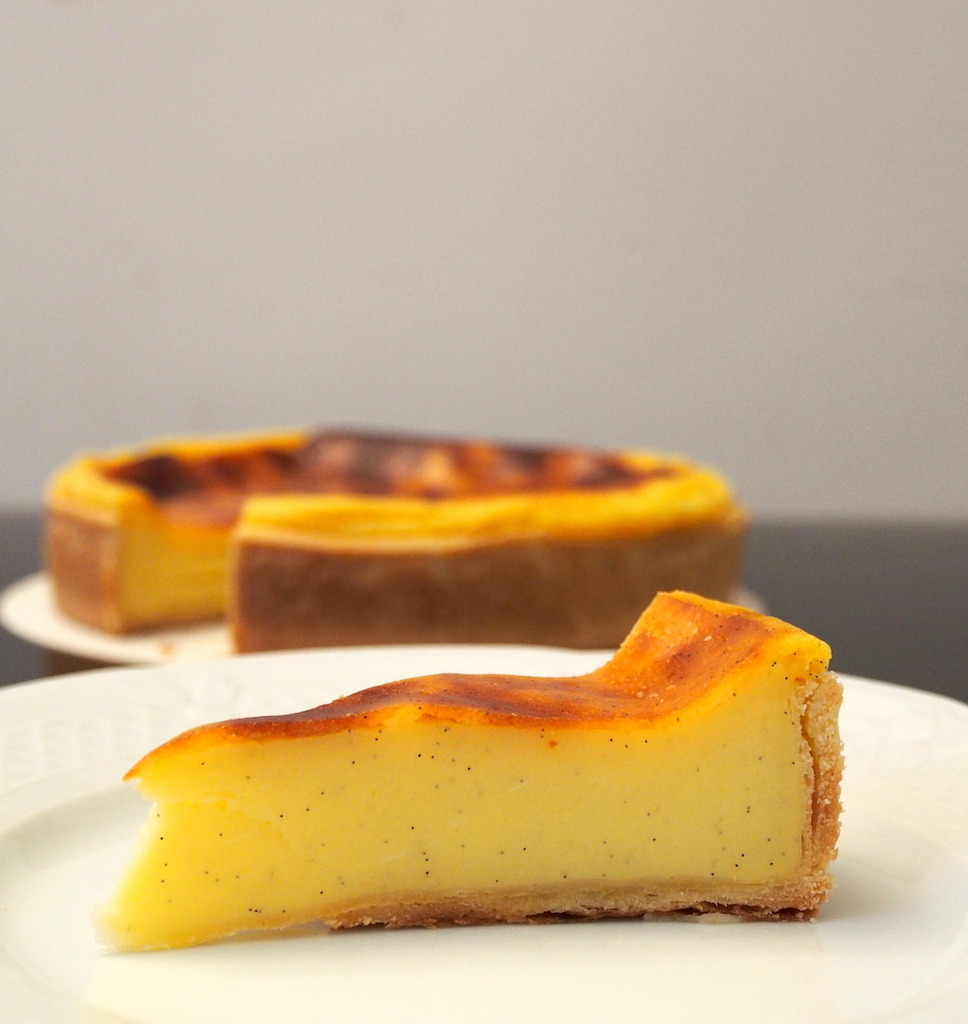 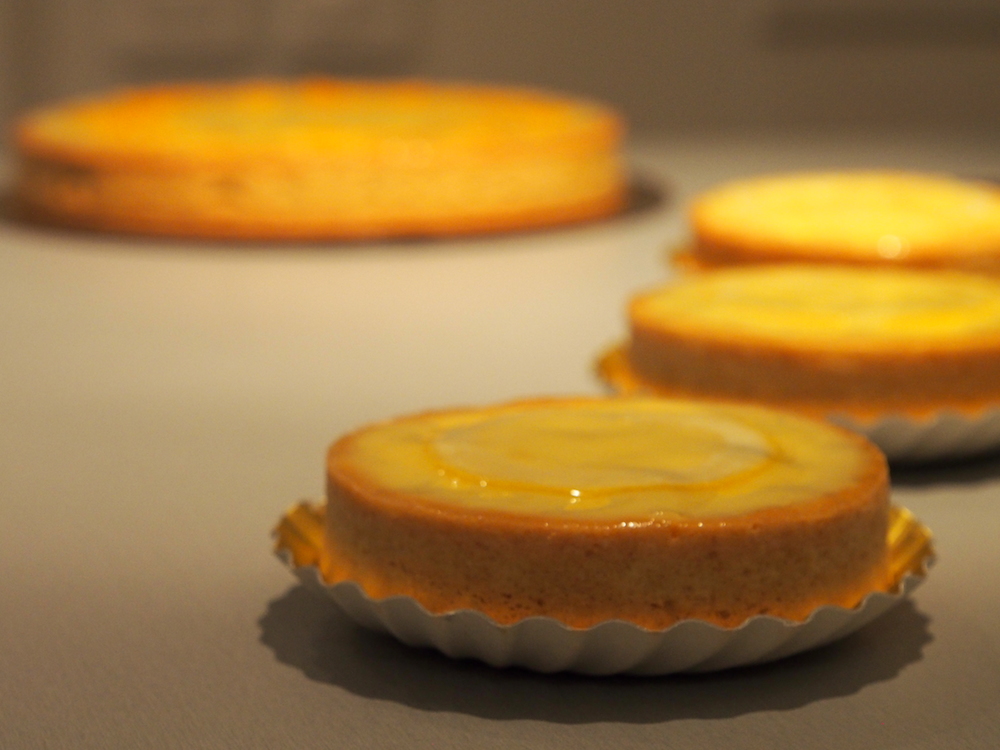 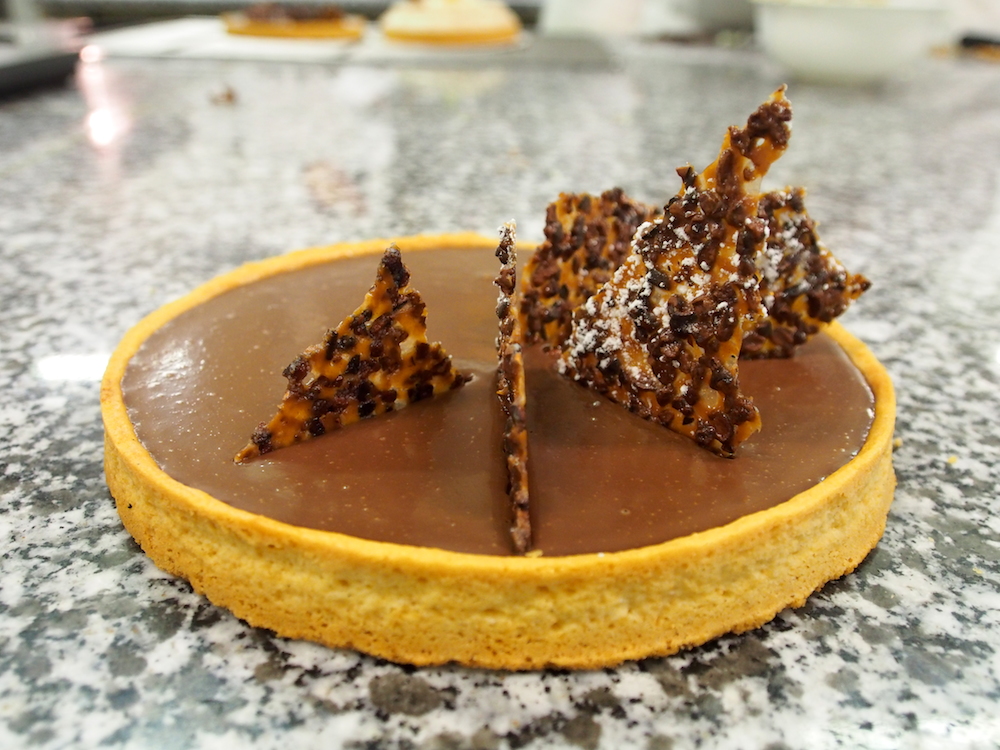 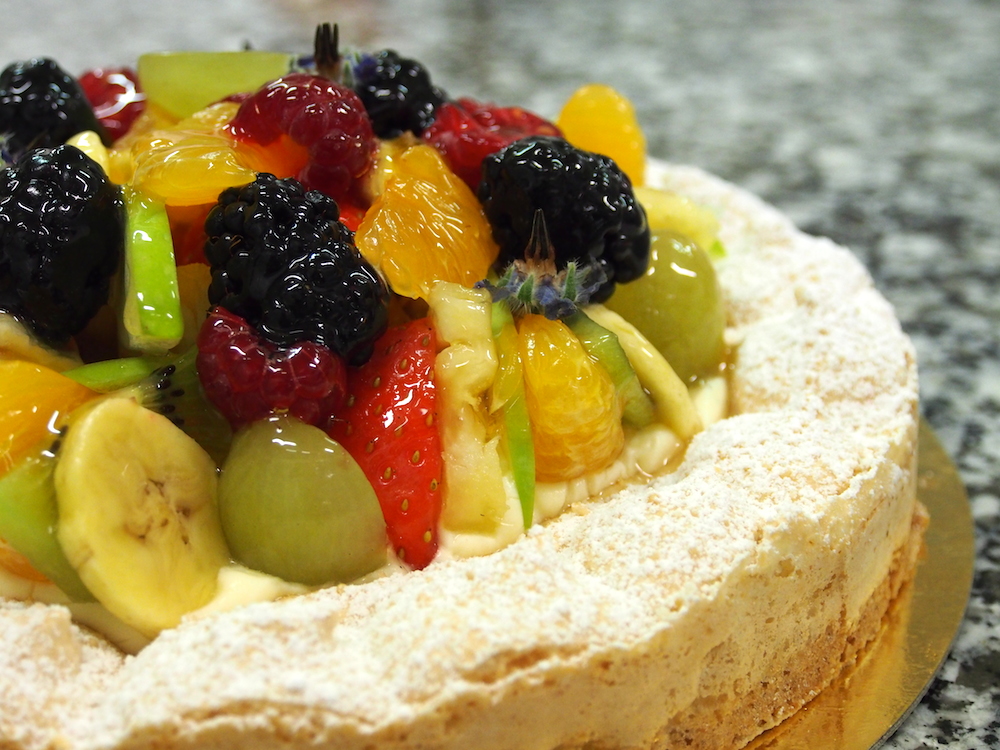 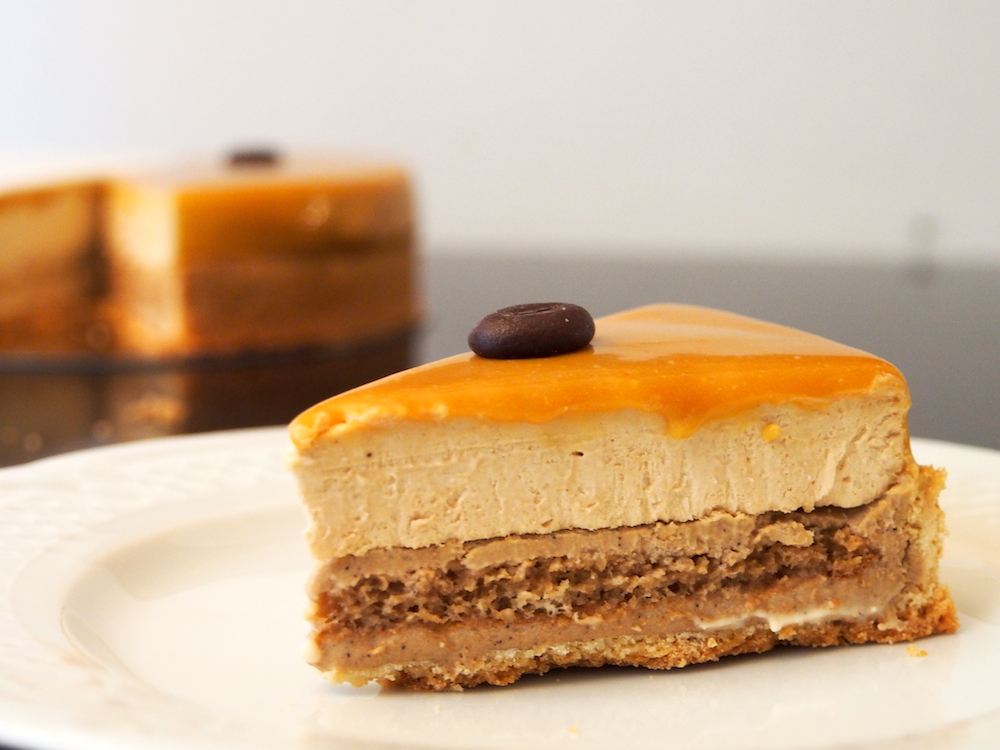 We then moved on to working with puff pastry dough. I had never made my own puff pastry before, so I found the process really interesting. We made both traditional and inverse puff pastry dough, with the butter either on the inside our outside of your dough respectively. We learned the techniques for folding, turning and relaxing the puff pastry dough and came away with these delicious treats: 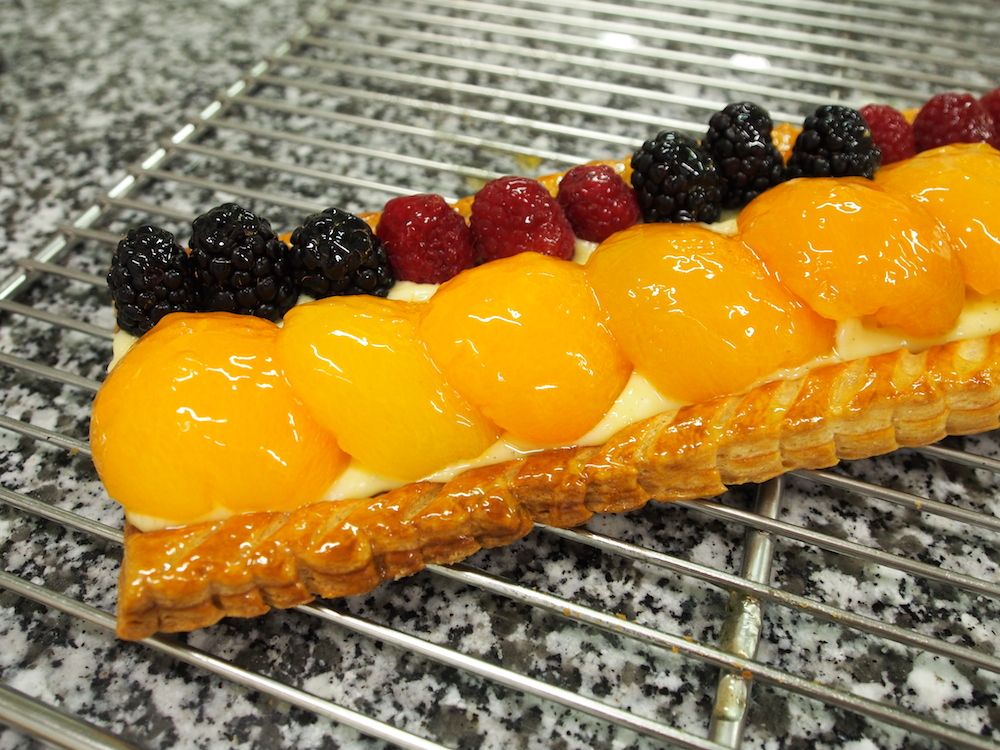 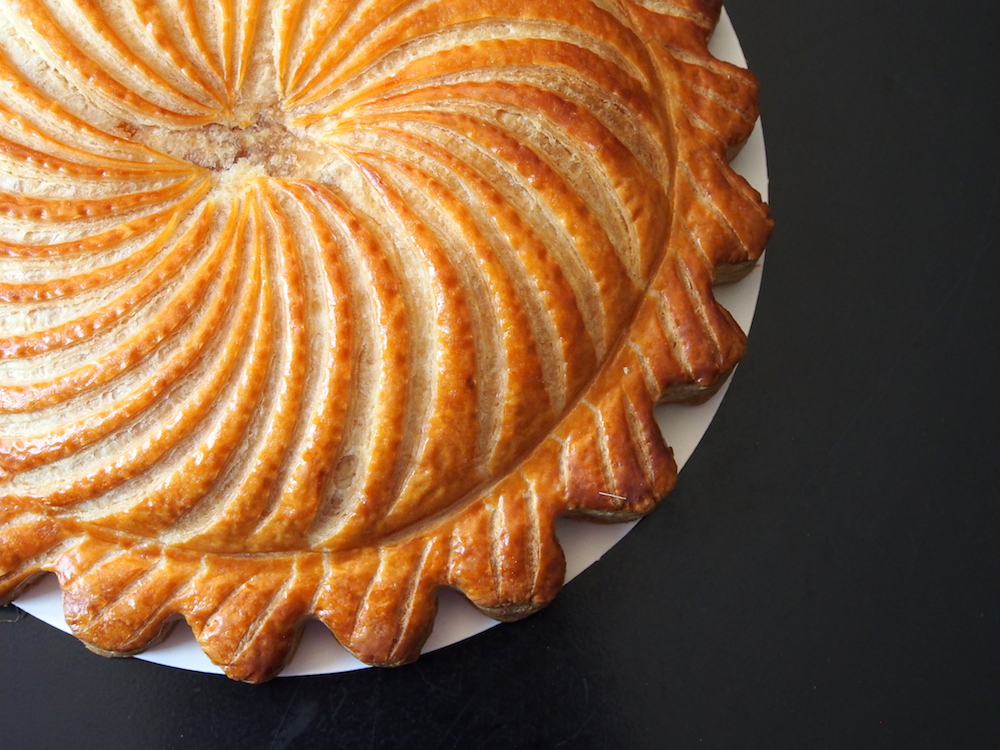 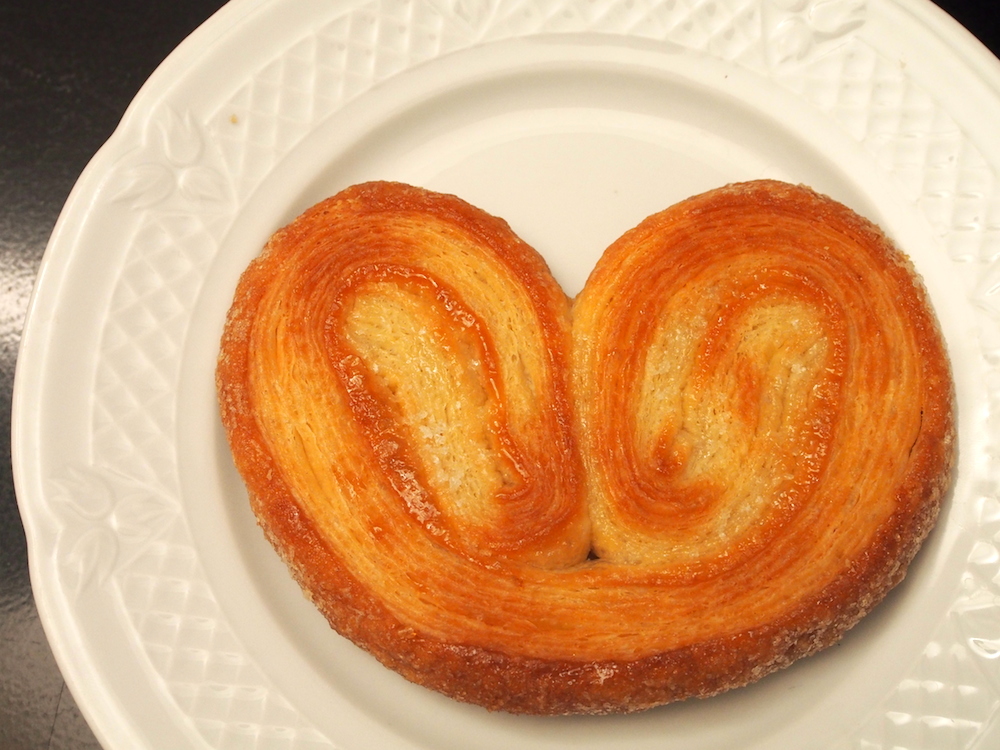 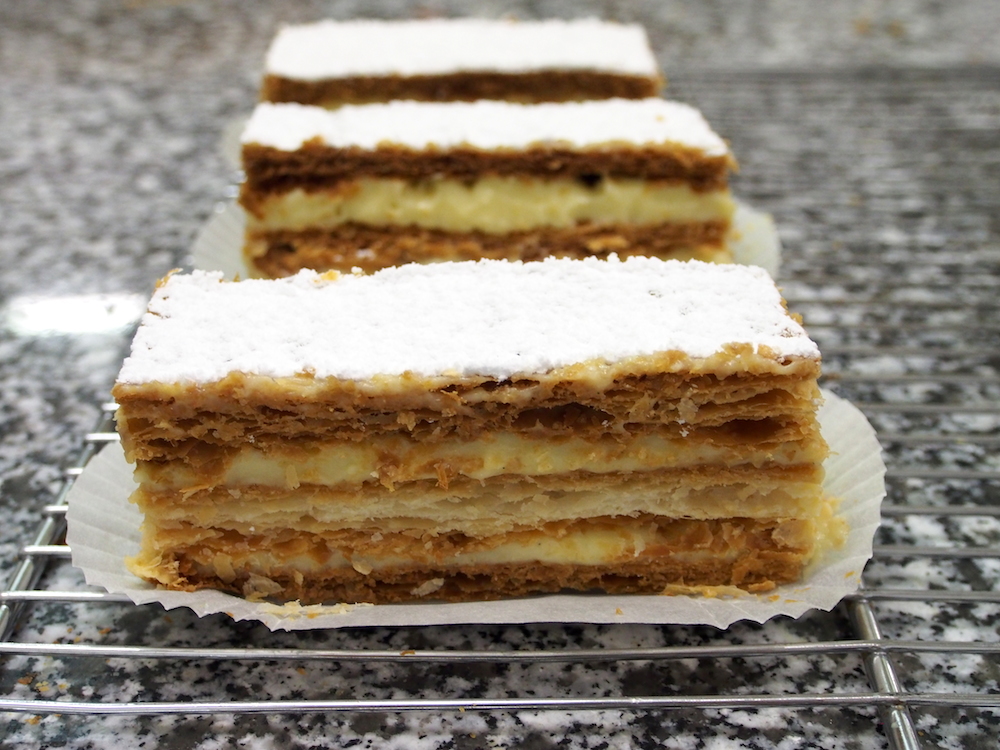 The above photos are just a sample of all the things we’ve made at pastry school so far. Essentially, I come home each day with boxes filled with baking. My biggest concern so far is finding people to give away all these sweets too. Everyone from our neighbours, the owners of the small restaurant we live above and homeless people in our neighbourhood have all been helping us polish off the past month’s baking. So… if you’re in the Paris area, you should definitely say hi and take some sweets off my hands!

18 comments on The Beginning at Ferrandi

Leave a reply to Genia Rodnyansky